Incarceration Nation: Wisconsin's Prisons are Bursting at the Seams, and Busting our Budget 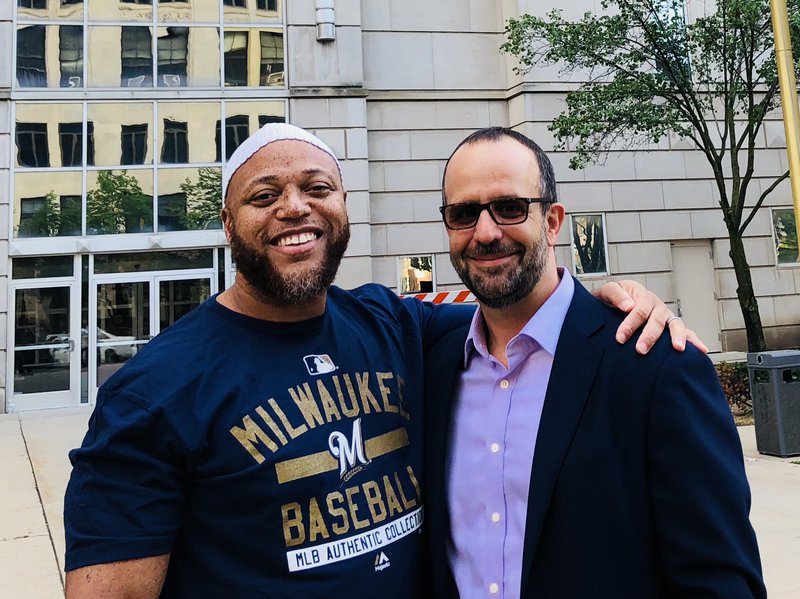 The following was published in the Milwaukee Journal Sentinel online on 11/1/18, and in the Sunday print edition on 11/4/18. Attorney Craig Mastantuono's opinion piece on the state of our prisons after twenty years of Tough on Crime laws. Link here:

Baron Walker wrote those words in a letter to Milwaukee County Circuit Court in August on his petition for release after serving more than 22 years in prison for participating in two bank robberies in the mid-1990s. Incarcerated for half his life since then, he changed — for the better.

Just as simply, our prison system no longer cared and left him there.

The 2016 film documentary "Milwaukee 53206" highlighted the Milwaukee ZIP code with the highest rate of African-American male incarceration in the nation and featured Baron Walker, his wife, Beverly, and their children during Baron’s unsuccessful quest to be paroled. In the end, a circuit court judge — and not the parole commission — modified Walker’s sentence and released him.

Baron Walker was sentenced in 1996 before Wisconsin’s truth-in-sentencing law took effect. Under the law of the time, a parole commission reviewed a prison inmate’s rehabilitative progress in prison after one-quarter of the sentence was served and determined whether the person had invested in sufficient treatment and rehabilitative efforts to move toward release. The parole commission was responsible for guiding the transition back to society for people such as Baron, moving inmates through programming and prison security levels and ultimately to the community as long as they continued to make progress. People who successfully completed programming eventually earned release; those who did poorly were kept in prison.

But Wisconsin’s political leaders and the parole commission changed the focus from rehabilitation and earned release to incarceration, keeping inmates long past parole eligibility dates, even after all programming efforts were completed.

The commission denied parole to Baron Walker six times for more than seven years past his eligibility date, even though he completed all programming and was held in minimum security. At one hearing, a commissioner told Baron that despite his sentencing judge’s statement that accepting treatment would affect when he returned to the community, the commission “found out that treatment was no longer the cure-all that judges once thought it was.”

In other words, the commission changed the rules under which Baron was sentenced, a policy shift that began in the 1990s and reflected a wave of tough-on-crime legislative efforts focused on incarcerating people and not much else.

At the August court hearing, the Milwaukee County District Attorney’s Office stated that Baron Walker served far longer than anyone would have expected in 1996. Even a victim in his case said she didn’t think he would serve as much time as he had. The prosecution agreed the policy change was a factor in Baron’s case, justifying sentence modification, and the court approved the joint request for release.

Many are caught in this trap

Baron Walker’s case is but one example. Many Wisconsin inmates sentenced under the old law have completed treatment but are still held, costing the taxpayer to simply warehouse people. Over the many years spent “in a bathroom with a cot,” as Baron described prison to me, he accepted the education classes, group and individual therapy, community re-entry simulations, justice circles with crime victims, vocational training and other programming offered to him, making him a better person and someone who could safely return to our community.

Baron Walker made choices that got him into prison, no doubt, but he also made choices to get out. Both are part of who he is, and both should be important in a smart approach to achieving criminal justice outcomes. The problem is, along the way, we decided that only the wrong choices counted, and we stopped considering the choices inmates made to get out.

The Baron Walker case also calls into question the utility of Wisconsin’s truth-in-sentencing law, passed in the 1990s during the tough-on-crime legislative era.

Under truth-in-sentencing, judges have unfettered discretion to order a set number of years in prison: determinate, set-in-time release dates, with no knowledge of how and when the defendant will accept that sentence, work toward rehabilitation and demonstrate positive change.

That's like throwing darts at a numbered board with a blindfold on.

An inmate who appreciates the impact of his crime, is remorseful and prepares for positive re-entry to the community by participating meaningfully in programming may demonstrably reach that point after two years, five years or seven years of a 10-year prison sentence. Under truth-in-sentencing, that inmate serves 10 years anyway, with no parole review to reduce prison time if the inmate can demonstrate he or she has changed.

Like Baron Walker, inmates are locked up and left with no incentive to work toward rehabilitation, and we continue to pay for it.

Given the recent national emphasis on criminal justice reform, reducing mass incarceration and evidence-based decision-making in criminal justice, none of this makes sense. It was entirely predictable that both our prison population and budget would explode when truth-in-sentencing was implemented, and they have done just that.

Former Gov. Tommy Thompson, who signed truth-in-sentencing into law, expressed regret at Marquette University Law School recently for getting caught in the “hysteria” of locking people up. “(W)e lock up too many people for too long," he said. "It’s about time we change the dynamics.”

Gov. Thompson is right: It’s time to take a hard look at whether truth-in-sentencing has served our state well, and whether it was ever really “truthful” in the first place. It’s time for Wisconsin to end our 20-year experiment with over-relying on incarceration to fix all problems in criminal sentencing and to adopt a system that measures outcomes with a focus on reducing criminal recidivism and supporting successful inmate re-entry. d parole six times, Baron Walker gets his release

The truth about crime and punishment is that it is not a moment frozen in time. A person’s crime and its effect on a victim or society is one moment that can justify a prison sentence, but what happens after a sentence is imposed matters, too. For some of the most violent convicted criminals, a life behind bars is warranted, but in reality most of the people we send to prison are coming back to society at some point, and we benefit if inmates who return participate successfully in rehabilitation efforts, grow to appreciate the impact of their crime and work to train themselves for the workforce.

A prison system that monitors this carefully — with real incentives for positive adjustment and an honest review system — best serves society’s interests in both holding people accountable for their crimes and providing a way for them to successfully intervene in their own antisocial conduct. To make themselves “sorry,” like Baron Walker, and better for when they return to society. Ultimately, that reduces recidivism and crime.

People convicted of crime and their families deserve this, but so do victims and society. In the end, we are all the same community.

Truth-in-sentencing and the rationale behind it created a false scale of justice in crime and punishment, pitting victims' rights against offender rehabilitation in a zero-sum approach. Tough-on-crime has won points politically in the past, but it creates a skewed system, leaving judges and prosecutors relying far too heavily on incarceration as a simplistic fix-all in sentencing and ignoring other useful ways to effectively intervene in criminal behavior.

Wisconsin pays a huge cost, not just in money, but in the removing people from society, from employment, and from their families long past the point when society’s investment in their incarceration still returns value. At the same time, Wisconsin has become the state with the highest rate in the country of locking up black men. Given what we know about racial bias in decision-making at all levels of the justice system, it is no surprise that when we strengthened and widened the net we use to lock people up, people of color and the poor were affected disproportionately. This affects the very legitimacy of our justice system.

When something doesn’t work and costs too much, it’s time to change it. Other state governments are way ahead of Wisconsin in reforming their justice systems through justice reinvestment initiatives that reserve lengthy prison sentences for dangerous people, make probation and parole supervision focus as much on helping people succeed as on sending them back to jail and prison, and working to reduce barriers that ex-offenders face in securing employment. These reforms have passed with support across the political aisle, often reducing crime and saving money.

Wisconsin is behind the curve. We should catch up.

Craig Mastantuono is local chair of the American Constitution Society and an adjunct faculty member at Marquette University Law School. He represented Baron Walker in his petition for release.

Serving all of wisconsin

Tell us what's going on.

We want to hear your side of the story so that we can help you set the record straight.