The US Circuit Court of Appeals for the Seventh Circuit (Chicago) issued an entertaining decision earlier this week, ultimately upholding conviction for Felon in Possession of a Firearm of a man who possessed a handgun that, by all accounts, was no longer operable due to disrepair. Judge Richard Posner offered a conversational opinion offering many examples of when a gun is redesigned to not be a gun any longer, including the following example: 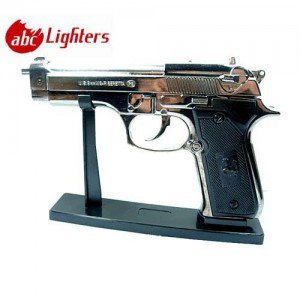 But, Judge Posner writes, simple neglect or inadvertent disrepair does not result in a "redesign" of the firearm sufficient to change it to a non-gun. While the decision does not, in our opinion, narrow or limit the second amendment individual right to bear firearms, it is worth a read. See the full opinion here: 7th Circuit Firearm Case.